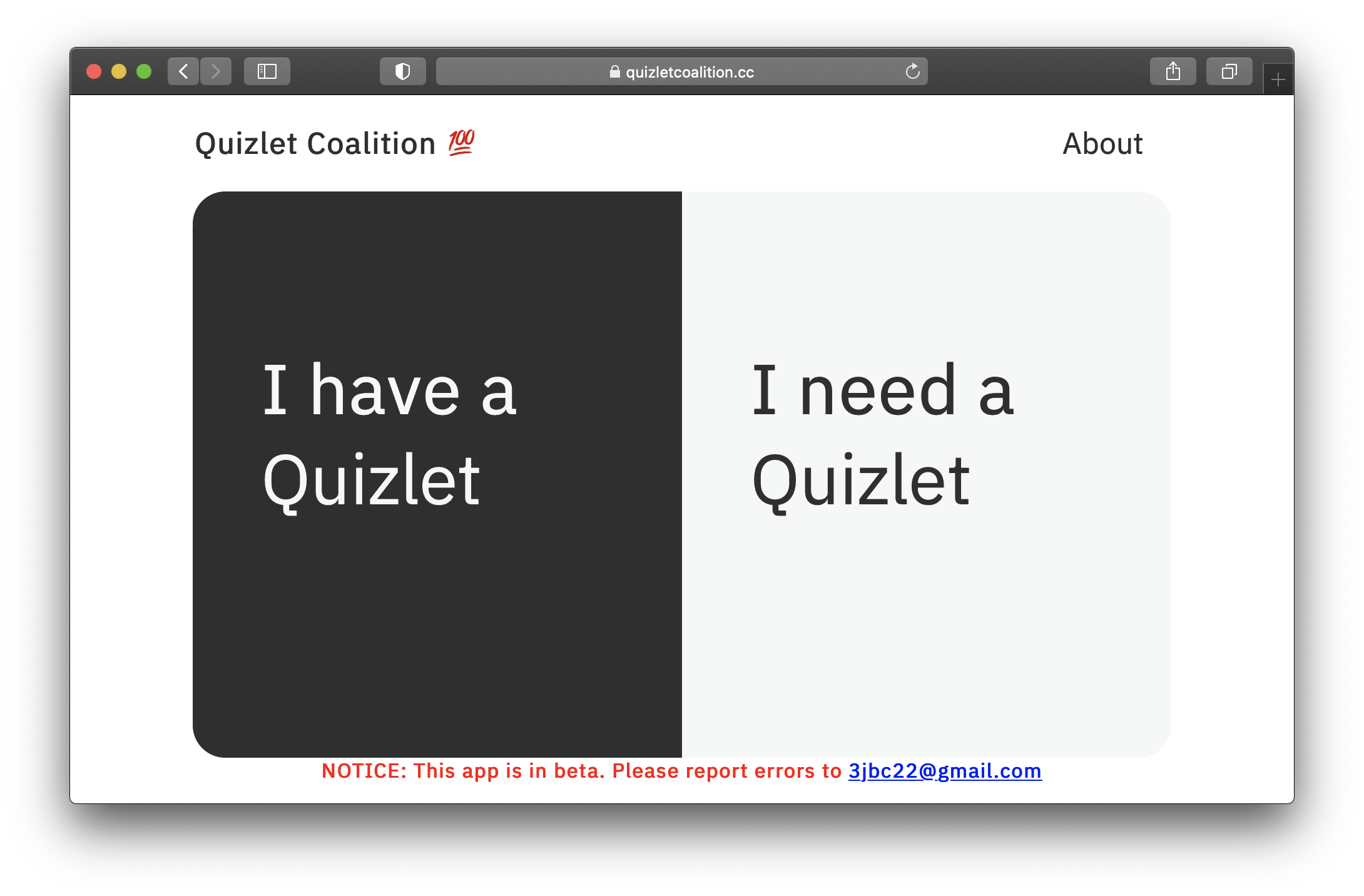 I was peeved with the difficulty of finding high quality quizlets for my classes, especially when dealing with teachers with common names (i.e. Smith). Quizlet’s own search engine was typically pretty decent, but I was always looking for some more advanced searching tools that were better implemented than Quizlet’s classes feature. I decided to venture into building my own app.

The Features (or planned features)

After working hard on Quizlet Coalition (QC) for a few weeks, I set off to begin marketing. After a few lazy reddit posts, I had acquired 3 returning users and about 30 hits on the website. Reasonably satisfied with the performance of my reddit posts, I continued to some more careful and targeted marketing which yieled a gigantic zero on all metrics. After several more weeks of working on the tech, I had nothing to show for it. With the cloud VM costing me money with aboslutely no return, I made the decision to shut down the project.